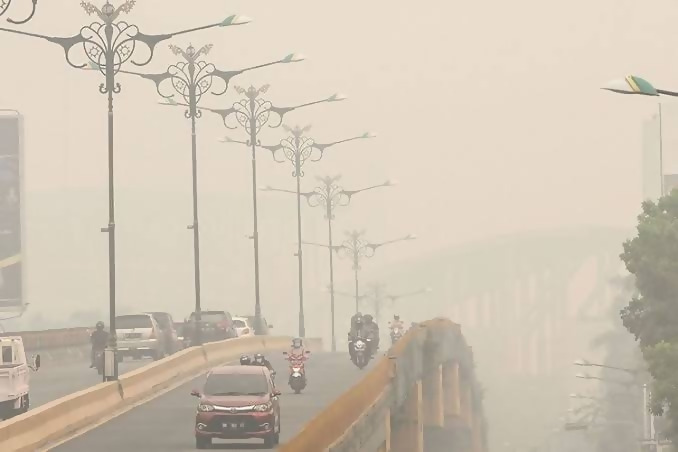 Two Indonesian aircraft are currently carrying out cloud seeding operations with the aim to reduce the haze-causing fires in Riau.

The emergency response team has managed to induce heavy rain in some parts of Riau in order to increase the air quality, especially in the province’s capital of Pekanbaru.

Agus Wibowo, spokesman for the National Disaster Management Agency (BNPB), stated that another aircraft will be deployed today to help cloud seeding attempts that are trying to douse the trans boundary haze-causing fires in the province. Fortunately, the weather forecast has also predicted rain for the next few days.

According to the BNPB, smoke is coming from about 27 hot spots across Riau, reducing visibility for about 1km to 2.2km. Yesterday, the air quality in Pekanbaru fell into the unhealthy category between 182 and 201, according to PM10 concentration readings.

The Riau government has also temporarily suspended activities at schools, and distributed masks to local residents. Temporary medical shelter has also been provided.

See: Flights Delayed at Banjarmasin Airport due to Smog

Australian Expats in Indonesia Give Back to Community During Pandemic