2015 was pivotal for Indonesia in many ways, and it’s important to take stock of the 12 months that have passed. We’ve taken the liberty of compiling a list of key events that are likely to shape Indonesia’s business culture, macro-economy, and political landscape going forward in 2016. 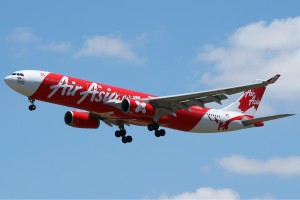 Following the disappearance and fatalities of 162 passengers on board AirAsia flight QZ8501 from Surabaya to Singapore on Sunday, December 28, 2014, the nation’s Transport Minister Ignasius Jonan temporarily suspended the airline’s Surabaya-Singapore route.

The reason for doing so was that the firm allegedly violated operational hours. Reportedly, the plane did not have a permit to fly on days other than Mondays, Tuesdays, Thursdays, and Saturdays. However, AirAsia Indonesia’s safety and security division claimed the airline complied with all rules and schedules.

It was later discovered that the plane went down in the sea near Kalimantan due to rudder problems. 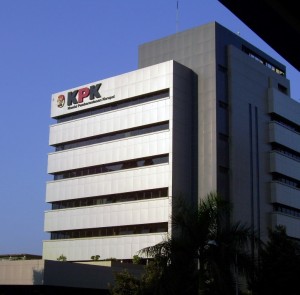 President Joko Widodo (aka Jokowi) initially nominated Budi Gunawan as the nation’s Police Commissioner General. Previously, however, Gunawan was a high-ranking officer who failed the Corruption Eradication Commission’s (KPK) “fit and proper test” for prospective cabinet positions. The KPK immediately named Gunawan as a graft suspect, as his bank accounts were allegedly full of dirty money.

The police took revenge on the KPK by targeting its commissioners for criminal investigations. Bambang Widjojanto was accused of forcing a witness to commit perjury in a 2010 election dispute case. The police also questioned the KPK’s Chief of Ethics Abraham Samad, and released photos of him with women. Adnan Pandu Praja was accused of fraud involving a timber company in 2006.

The list of accusations went on. In the end, the president withdrew his nomination for Gunawan as Police Commissioner General.

In January, the Minister of Manpower made a controversial statement, saying foreigners would be required to take a local language exam if they sought employment in Indonesia.

The idea raised eyebrows from foreign and local businesses, as it would surely make it more difficult for foreigners to obtain work permits. Ultimately, language exams were deemed an unnecessary burden.

Coordinating Minister for Economy, Sofyan Djalil, later said the idea “was just discourse”, and that the policy would never be implemented. The plan was likely withdrawn because powerful domestic companies that currently employ foreigners put pressure on the ministry.

Despite an outcry from countries including Australia, Brazil, France, and the Philippines — as well as human rights activists and the United Nations — Indonesia executed eight out of nine drug smugglers. Filipina Mary Jane Veloso’s execution was postponed at the very last minute to investigate further on her supposed status as a victim of human trafficking.

Australia’s Prime Minister Tony Abbott said his nation’s relationship with Jakarta “has suffered as a result of what’s been done.” Immediately after the executions, Australia recalled its Ambassador to Indonesia.

On May 1, the Federation of Indonesian Labour made several demands of the government. Federation Chairman Santoso Widodo said the list of requests was a wakeup call for the government to take action against industries that marginalized labourers.

In addition to a great deal of political noise, the Federation called for the government to withdraw its commitment from the ASEAN Economic Community (AEC). The AEC will allow free movement of people, goods, and services across the region to achieve an aggregate gross domestic product of US$2.5 trillion and trade business worth US$1 trillion.

Some workers see Indonesia’s participation in the AEC as a bad thing because it would theoretically increase competition for jobs in the archipelago.

In June, Thousand Islands Reagent Tri Djoko Sri Margianto reported Kapuk Naga Indah, a subsidiary of property developer Agung Sedayu Group, to Governor Ahok and the national police for stealing sand. The reason for the theft was reportedly for the purpose of building islands in the proximity of Jakarta Bay.

The People’s Representative Council said sand theft could lead to deterioration of the local marine ecosystem and it’s possible that more incidents like this could cause the Thousand Islands to disappear for good. 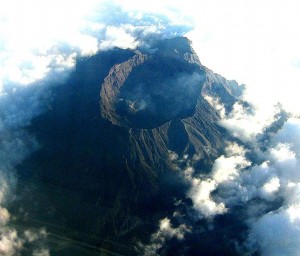 Surabaya’s Juanda international and two other airports closed after two volcanoes blasted ash and debris into the air. The closures came as millions of Muslims were returning home to celebrate the end of Ramadhan.

The week prior, travellers were also marooned when Ngurah Rai International Airport in Bali closed because of the eruption of Mount Raung, one of the most active volcanoes on Java. Four other airports in the region were also closed, leaving thousands of tourists stranded. Financial losses were reported to be worth billions of rupiah.

The precautionary closures came during a time of sensitivity and heightened turmoil for the aviation industry in Indonesia. 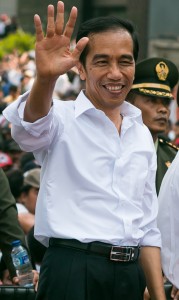 Economic growth slipped to a six-year low after Jokowi took office, and frustration grew in the business community over some of President Jokowi’s more contradictory policy signals.

Following a survey showing the people’s satisfaction levels toward Jokowi’s administration declined from 60 percent to 50 percent, the President decided to replace six ministers.

Jokowi said the adjustment was essentially a bid to boost an ailing economy, though analysts predicted the step would have little immediate impact. 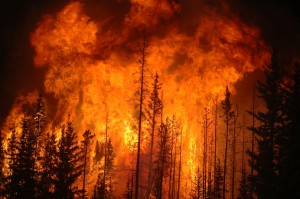 Indonesia saw a record-breaking number of fires in Kalimantan and Sumatra this year. In early September, the Indonesian National Board for Disaster Management declared a state of emergency in six provinces. The smoke caused by the fires had destructive effects on neighbouring countries, Singapore and Malaysia.

Indonesia lost troves of biodiversity, but the haze also represented a step backward from the government’s voluntary commitment to a minimum 26 percent reduction in greenhouse gas emissions by 2020.

According to complaints filed by locals to the National Human Rights Commission, the haze caused 43,386 people in Riau and 42,887 in Samarinda to suffer from acute respiratory infections, of which two children in Jambi died.

Indonesia will have its first high-speed railway connecting Jakarta to Bandung with the help of China. At first, the government turned down proposals from both Japan and China, but in the end, China revised its plan to allow construction without the use of Indonesia’s state funds.

The high-speed train is set to reach eight stations across 150 kilometres between the two cities. The project is scheduled for completion in 2019 and the train will travel at 250 kilometres per hour, with a ticket fare of around Rp.200,000 (US$16). 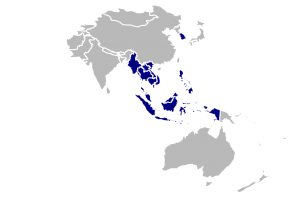 Indonesia and other ASEAN member countries made maximal preparations to enter the common free trade era when the AEC commences at the end of the year.

President Jokowi told reporters that Indonesia was 94.1 percent ready in terms of satisfying requirements and that he was optimistic his administration could finalize things come to the commencement on December 31.

The AEC would potentially create greater economic opportunities for Indonesia, specifically with offering goods and services to other ASEAN countries. Currently, market share in Indonesia is represented by 250 million people. As part of the AEC, the market opportunity would open up to 625 million people.

Freeport McMoRan operates one of the world’s biggest gold and copper mines in Papua. The firm is in talks with the government about extending its contract in Indonesia, which expires in a few years’ time.

Earlier this month, the nation was shocked to learn that a powerful lawmaker was involved in a scandal in which he asked for a 20 percent stake in the company. House Speaker Setya Novanto allegedly requested the ownership worth billions of dollars.

Maroef Sjamsoeddin, head of Freeport McMoRan in Indonesia, claims to have made a recording of the conversation. In the alleged conversation, Novanto is said to have indicated the stake would be given to President Jokowi and Vice President Jusuf Kalla.

Novanto is also accused of saying he could ensure Freeport McMoRan’s contract would extend until 2041.