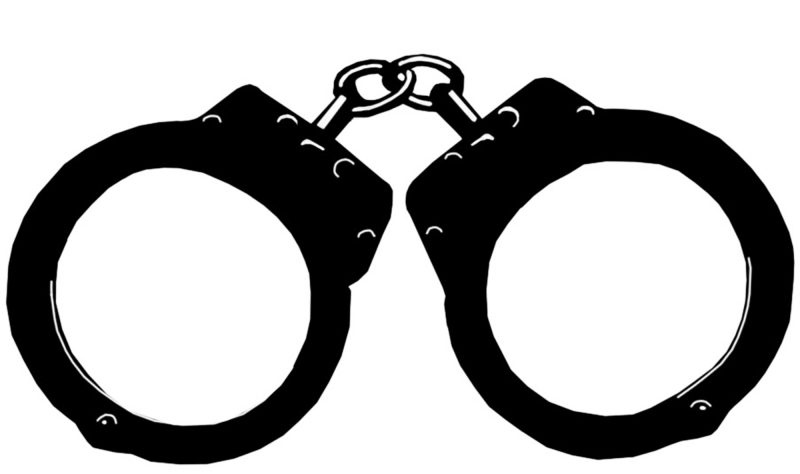 If you passed the young woman in this photograph on the street, she might remind you of someone – your sister, your former classmate, your colleague, or your fiancé. And she is all of these to someone. Until last April, Afrischa Setyani was a happy young woman, gainfully employed and planning her wedding for October of 2014.  But that all tragically changed when police arrived at the kos (homestay) she shared with her younger sister in Cinere, Jakarta, to arrest her on charges of abetting sodomy, brought against her by parents of a student at Jakarta Intercultural School (formerly Jakarta International School). 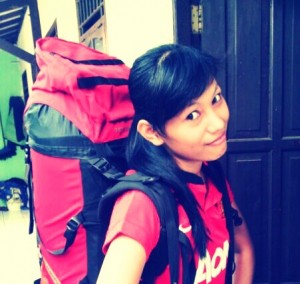 ding to these parents, this young woman held their child while five other cleaners sexually assaulted him. From the very start, the story does not add up. Even when many initially thought that a rape had occurred, the idea that a young, educated woman with Afrischa’s background and prospects would participate in such a monstrous act did not seem plausible. As the truth was revealed, the JIS community and many others have come to believe that all of these young people are innocent victims of greed and corruption. They have been convicted despite a complete lack of concrete evidence, and under questionable circumstances regarding the qualifications of witnesses proclaiming to be experts during their trials. They have sworn their initial “confessions” were forced by police torture, and one of the young men died while in police custody. All of the cleaners will be appealing their convictions in a higher court.

Let’s examine the facts about Afrischa. She is 24 years old, born in Kudus, Central Java, where her parents sold vegetables for a living. An education was valued in her family, who worked hard to ensure that Afrischa received one. As a child and teenager, Afrischa loved to read, and she was a promising maths student. She liked to be active, and played volleyball. After graduating from high school, she came to seek work in Jakarta.

When she was employed by ISS—a Danish company—and assigned to Prikasih Hospital in South Jakarta, the family was delighted. As the eldest of four siblings, she contributed some of her earnings to pay for her younger brother and sisters’ school fees. Two of them have completed high school as well, and the third is still studying, although for how long without Afrischa’s financial help is uncertain. It was at Prikasih Hospital that she met her fiancé, a technician there, with whom she learned to mountain-climb. They planned their wedding with the help of Afrischa’s aunt, which was to be held in October of last year in her village in Java, with a second celebration in Jakarta in January of this year. She dreamt of the beautiful white kebaya she would wear for the marriage ceremony.

In November of 2013, ISS moved Afrischa to the Pondok Indah elementary campus of JIS, where she was responsible for providing cleaning services. Seven months later, she was charged with the horrendous crime of child abuse. From the very beginning, she professed her innocence, and with good legal counsel, was the only cleaner detained who avoided coercion to sign a forced confession. Nevertheless she was held in custody and eventually charged.

Throughout Afrischa’s imprisonment and trial, her fiancé has stood by her, and is 100% convinced of her innocence. When she received the court’s verdict, a 7-year jail sentence, he said simply, “Afrishkaldera, there may be a lot of beautiful and devoted girls out there in the world, but you are extraordinary and the special one to me.  I have no reason to leave you; I know you are not guilty. I will wait for you, for however long it takes.”

After the judges read out her sentence, Afrischa straightened her shoulders, and head held high, approached the bench to shake their hands. Not one of them met her eyes.

Those who know Afrischa admire her for her remarkable strength of character. Her supervisor, Ibu Dewi, describes her as “diligent and well-mannered, and an efficient worker.” A quiet young woman, she often ate quickly during her lunch break at JIS to have time for prayers.  Afrischa’s mother says, “Afrischa always was very directed [sic], and knew what she wanted to achieve. She is very kind-hearted and generous, sharing with her siblings and friends, and regularly assisted those she encountered who were less fortunate. She always gave something to children and elderly begging in the street, and to the local trash pickers.” Her friends describe her as “a kind, quiet person, with a strong moral character” who liked having them over to her home.

‘Home’ for Afrischa is now the prison Rumah Tahanan Pondok Bambu, where she is awaiting the opportunity to appeal her conviction with the Supreme Court. Her request for an appeal with a lower court has been inexplicably denied. She shares a 10 x 8m cell with thirteen other women. The cell has an open toilet, and the light is on 24/7. There are ten mattresses for fourteen people, which along with the bed linen are provided by the families of the prisoners. Not all can afford one. Afrischa’s aunt was able to give her both a mattress and sheets.

For many, it would be a hollow existence, but even in her adversity, Afrischa continues to offer help and solace to others, sharing her food with her cellmates and reading to them from the Koran. After evening prayers, she continues reading and praying until she falls asleep.  She believes this test of her character has only made her stronger and more devout, and she now fasts twice a week. She has access to the prison library, and also passes the time teaching her cellmates how to make key chains and wallets out of beads. She gives these to the JIS parents and teachers who have stood by her throughout these so challenging times.

“The hardest part of this nightmare,” Afrischa says, “is being far from the family I love when they are so worried about me. I miss them very much.

But,” she adds, folding her hands calmly before her, “I have learned much from this horrible injustice. I’ve learned never to be afraid if you know you are right. Don’t give up on prayers. Never give up. I cannot say this is a tragedy, but a blessing because although I have been wrongfully accused, it has brought me closer to God. I have grown to be a much stronger person because of this, and because of all the love and support I feel from the JIS community. I am innocent, and I believe that with God’s help, I will achieve my appeal and be released.”

I can’t believe this quiet, composed young woman is capable of hurting any child. I believe someone is trying to make 125 million dollars by forfeiting these young people’s good names, their families’ financial futures, and precious years of their lives. I want to believe that the Indonesian legal system will see justice done. I know that Afrischa and her colleagues are innocent.

Please, if you value freedom and human rights, join me in demanding transparency and due process of law in their upcoming appeals.