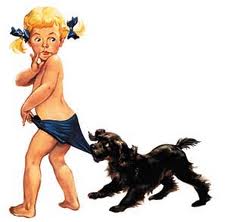 Fireman David Bird was a miserable bloke at the best of times, but he looked even more miserable than usual as he climbed out of his car in the fire station car park on this particular Monday morning.

“Morning Earl!” I greeted him with a big smile and a simultaneous gladto-be-alive slap on the back. “You look like you lost a tenner and found fifty pence.”

He gave me a withering look. “Yeah something like that”, he said as he strode away.

(We called him “Earl”, short for “Early”, not so much because his family name was “Bird” but more because, ironically, he was almost always late for everything.) I wondered what his problem was as I made my way to the locker room to prepare for the morning parade.

When I got to the locker room, Earl was banging about in his locker like a petulant teenager; throwing stuff onto shelves and huffing and puffing while the rest of the Blue Watch crew ignored him and exchanged lighthearted banter. When he was done, he slammed his locker shut, locked it purposefully and made a dramatic exit. “What’s her problem?” Scotty Gallagher asked nobody in particular.

“I don’t know”, I said. “He was like that when he arrived this morning. His wife’s just dropped so maybe he’s not getting any sleep.” Earl’s wife had just delivered their first baby the week before and most of the guys had been through the same experience so a chorus of empathetic grunts filled the room.

On parade each man answered, “Here!” loud and clear as his name was called out until it came to Earl, who just grunted almost inaudibly. The Sub Officer looked straight at him and repeated his name.

“Fireman Bird, are you here?” Earl had his cap on the back of his head and he was staring blankly into space and standing loosely at attention.

“Here”, he said with an almost suicidal tone.

“Well I can see your body’s here, but it looks like your brain’s gone AWOL”, the Sub Officer fired back. “I’ll put half a tick shall I?” He sighed heavily and shook his head as he inserted a dramatic and elaborate tick next to Earl’s (real) name.

The parade was dismissed and everyone made their way back to the locker room to change into work uniform. Soon after he got there, Earl found himself surrounded. “What’s wrong with you, Earl?” Scotty Gallagher asked. “Is your wife giving you grief at home or what?” Earl was reluctant, but eventually he spat out what the problem was. “Yeah she is”, he said, “and it’s all because of you bas***ds.” He could see we had no idea what he was talking about so he added sarcastically, “My camera? Remember?”

About three weeks before that, Earl, a keen amateur photographer, had gone home and left his very expensive top-of-the-range Nikon camera on top of his locker. Not wishing to miss a chance to cause mischief, a few of us had borrowed the camera and taken some choice photographs of our own as a joke hoping to embarrass Earl when he got the film developed. In those pre-digital days, cameras used “film” which needed to be professionally developed, and Earl’s camera had about half of the 36 exposures left (if you’re confused, Google it or ask your Granddad).

We only took three or four photos so Earl wouldn’t notice, then we put the camera back on top of his locker and he collected it the next day without suspecting anything. Nobody said a word and we all forgot about it.

Unfortunately, a couple of weeks later, Earl’s wife borrowed the camera to take some shots of their new baby. She finished the roll of film and took it to be developed. When she collected the photographs, she eagerly opened the envelope while still in the shop, impatient to see the pictures of her new daughter. To her horror she also found our pictures – all taken in a shower cubicle with lots of soapy male buttocks, hairy nipples and strategically placed hands but no faces visible. She looked up to see the shop staff giving her very disapproving looks. This happened on the Saturday before Earl showed up at work looking so miserable and he had spent the weekend sleeping on the couch and trying to convince his wife he hadn’t turned gay while she was pregnant.