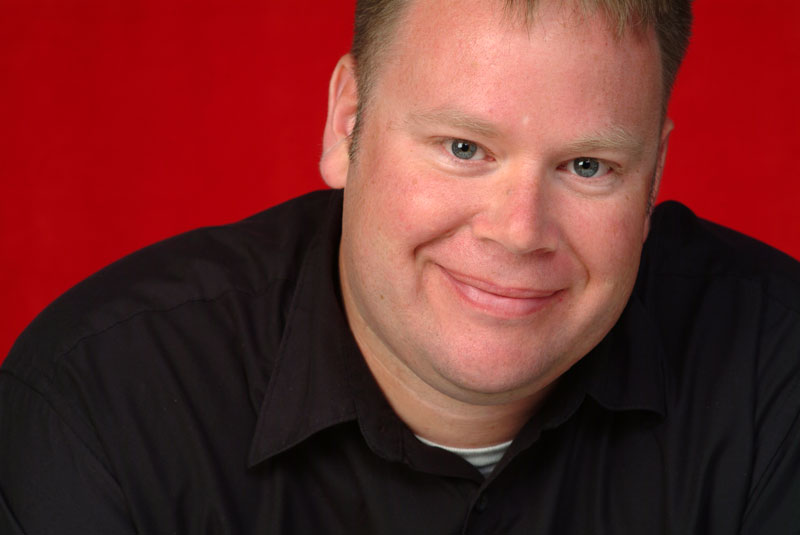 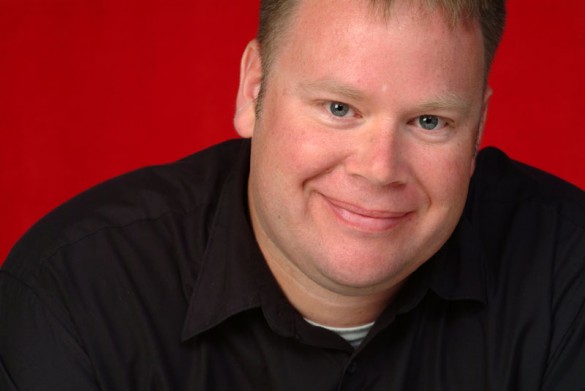 Meet Tim Scott. The Creative Advisor at Fremantle Media with an impressive 28 years of experience under his belt and a wealth of funny stories to tell. 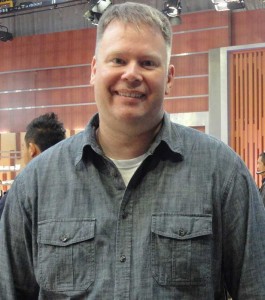 So Tim, how long have you been working in the television industry?

I’ve been at it for almost 28 years now. I started when I was 19 as a cameraman shooting bands and sports and then climbed up through the ranks as Technical Director, Audio Engineer, Director, Producer, Executive Producer and finally my current position as Creative Advisor. It’s been a wild ride!

What was your first working experience on a film/television set like?

It was on an American 10 pin bowling show called Bowlerama and on my first day I had to audition against two other guys for the position as the show’s single intern. It was the dead of winter then in Minnesota and the call time was 4AM, completely brutal. Carrying the gear into the bowling alley was deadly and of course I had been out all night. The producer at the end of the miserable day showered me with compliments through his stale booze breath and said that I really anticipated what needed to be done next and I was a good kid and congrats I got the job.  Job? It was an unpaid internship; I still can’t believe I had to actually audition to be an unpaid intern. But it was my start in the industry and what I learned there I’ve kept with me until this day, which is…“Don’t let yourself end up a 59 year old, lonely, divorced TV Producer with a bad drinking and cocaine problem and producing some small market bowling show in the dead of winter.”

So, how did you end up moving to Indonesia?

I got divorced after 16 years of marriage, realized I could do anything I wanted without asking anyone’s permission, downsized my life, bought a one way ticket and took one year off. A Google search for “The cheapest countries to holiday in for one year” directed me to Asia, so I travelled through the Philippines, Thailand, Cambodia, Singapore and Indonesia. While visiting my good friend James Speck in Singapore he turned me on to his friend across the street and she said she was going to have a position open at the TV production company she works for in Jakarta. I sent a few emails, got an interview and three months later I’m living in Kemang and overseeing the production of Indonesian Idol Season 6!

When I first arrived I was very surprised how well I could produce TV here without knowing the language. But understanding the culture is another thing! Since then I have learned that TV is the same all around the world and I need to trust my gut and experience for it’s almost always right. The biggest difficulty is the speed in which people work here and the level of quality they will accept. You could say that the TV industry here is about 20 years behind the West, so pushing for the ultimate best quality is very difficult and not something that the market is used to. I think I say, “This is good but it’s not good enough, it must be great!” five times a day. My Bahasa is good enough to track the conversation and make everyone understand that you can’t talk about how fat I am freely.

So how are you enjoying life here in the big durian, how do you de-stress after a long day or week of work?

Life in Jakarta is never dull. I really enjoy the people, the malls and the nightlife but I need some blue sky and fresh air quite often. I try to sneak away to Bali or Bandung a couple times a month. If it’s an unusually bad day at work you’ll find me at Eastern Promise in Kemang venting to the smirking, chuckling expats that have been here much longer than me. You oversee the production of shows like Master Chef and Indonesian Idol. What’s it like working behind the scenes on reality TV shows?

Well, on Master Chef it’s very interesting but it can also be very slow. What you see in 15 minutes on TV, we shot for 14 hours and then just edited all the good stuff together. The days can be very stressful and very fun all at the same time, we call it, “Hurry up and wait.” When we are producing the Idol live “Spectacular” shows it’s fun because it’s live and anything can happen. The lead up to airtime is filled with tension and when we finally go live…there is no turning back! I used to direct live television for years so I really love producing live TV!

Of all the shows you’ve worked on, which has been your favourite?

My favourite all time show was a show that I created called “Let’s Bowl!” It was a comedy bowling competition where two people with a dispute would come to the bowling alley to solve their grievances by competing in a bowling match. The commentators were both insane and went off topic constantly, revealing deeply shameful and personal facts of their lives. It was massively silly and I LOVE silly!

I was Executive producing and Directing a show for Comedy Central Network in the US called “New York Goes to Work”. The star of the show Tiffany a.k.a. “New York” is a very charismatic black woman who is incredibly funny and very crazy. The premise was that she was searching to find the perfect job and each episode she works a different job. That day, her job was to be a clown for children but what no one knew was that she hates kids. So NY gets all upset, and in a violent, foul screaming fit she knocks over the set and storms off in her big clown shoes, locks herself in her SUV and starts drinking a lot of red wine. I coaxed my way into the van, drank a bunch of wine with her and talked her into coming back to the set by promising I would take her out on a date. The date was a complete failure but the episode was really funny.

Do you have any advice for those who might be interested in pursuing a career in the film or television industry?

Do not. It can be a gypsy life and it’s hard on relationships. Be a doctor or lawyer or any other profession that will get you at the dinner table each night with your wife and kids and allow you to talk about how their day was.  If you want to be creative, learn to paint.

Last question! What is your all time favourite television show and why?

Saturday Night Live is my all time favourite TV show. It’s the show that launched many of my comedy heroes and inspired me to follow my love for comedy!