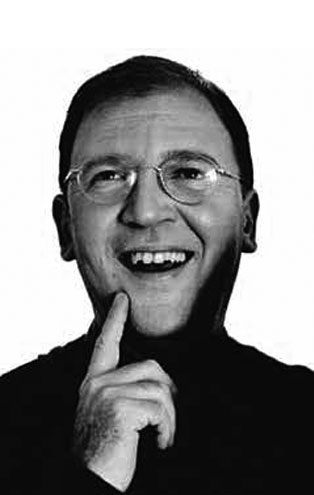 John Falch, better known as Uncle JC. After years of radio and TV stardom here, he has written a book and is now calling quits on Jakarta. 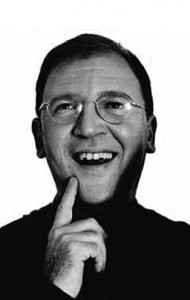 Tell us about yourself.
I am a redneck from Jacksonville, Florida. To further my education, I moved to California when I was 19 and got a great job, working for a Hollywood production company that produced television shows and concert tours for some of the biggest artists of the 70s and 80s: The Carpenters, Lionel Richie, Cher and many more. It helped me get rid of my southern accent.

How did you get here?
By the mid-1990s, I was teaching at the University of California, Riverside, when an old friend wrote and told me how much fun he was having in Indonesia and that I should join him. So I did, gullible me. I had originally planned to stay only a year, but somehow Jakarta fever infected me; I couldn’t leave and I couldn’t explain why.

Any stand-out memories of Jakarta?
In May 1998 I was the successful manager/owner of an English school in Roxy Mas. Built it all from scratch and I was quite proud of it. The morning after the student shootings at Trisakti University, which was just down the road, I went outside to the parking lot, for a cigarette. I looked up into the sky and saw a huge black cloud. “Hmm, it looks like rain,” I said to the satpam. He just shook his head. It was Glodok burning. The big riot had begun. An hour later I was running for my life. Actually, I took a wild bajaj ride to the American Embassy. When I got inside, I was met by a teenaged Marine.

“Riot?” he said, “I don’t know nothing about no riot.” He called in to his superiors to see what he should do. The Embassy allowed me to use their pay-phone. That was the extent of their help. God Bless America.

My school got smashed up. The rupiah was worthless. We closed down. I was about to leave Indonesia then, but I had a radio show. I loved doing it and it was extremely popular. I felt it would be bad karma if I just left. So I ended up teaching at other schools and doing the radio show every night for an additional 14 years. These were my best years in Jakarta. Later, I accidentally ended up on television and became a genuine celebrity. Ha ha. I did it for two years until I decided that Indonesian television wasn’t for me. 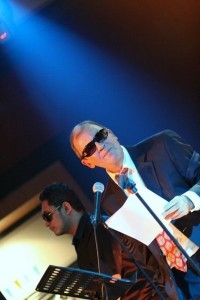 Why is that?
Indonesian artists are some of the best in the world. But unfortunately the money goes to only one person: the owner of the show or station. All the shows are produced on the cheap, with the artists themselves usually supplying their own costumes. Perhaps the greatest sin is that 99 percent of the shows are produced without an actual script, just an outline. So what you see on television is mostly improvised without rehearsal. Sometimes it works, but mostly not.

You played George W. Bush and Tony Blair on Republik Mimpi, which was a groundbreaking show, lampooning politicians.
I’m really proud of that show. It was the first and best political satire on Indonesian TV. We had brilliant impersonators. We got harassed for daring to make fun of the country’s leaders, but everyone loved it. It was one of the very few intellectual shows on TV until it got taken off the air.

You recently wrote your first novel, The Yellow Bar, which is selling well online. What’s it about?
It’s partly based on my Filipino father-in-law’s crazy and terrible childhood experiences during World War Two. His family were forced to become servants in their own house for Japanese pilots, who later became kamikazes. The book turned out much better than I expected and has received good reviews. I put it on Amazon and some other sites in eBook format and then got approached by a publisher. I’m now working on a second novel.

Did Jakarta have any influence on your writing?
It’s simple. My maid cleaned the house; I wrote a book. Maybe I wouldn’t have had time to do everything if I had lived in the USA. So I thank Jakarta, and Yanti, for that too. 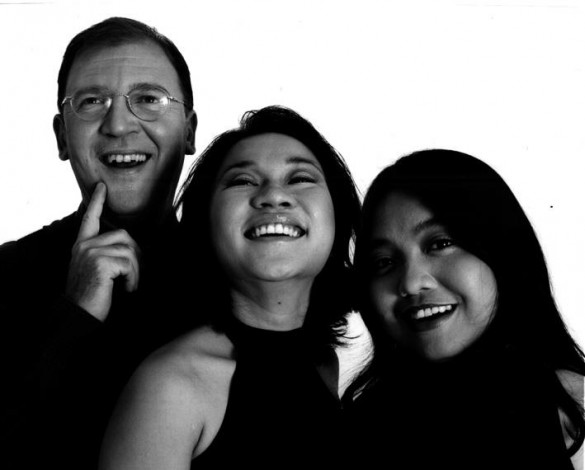 How has Jakarta changed over the past 17 years?
When I first got here, all the news was controlled by the Suharto clan. Newspapers were allowed to have only 16 pages. Censorship was a fact of life. There were only three TV channels and very few commercials. I used to ride the Patas 101 bus then; it was new, clean and comfortable. I see it still runs but it doesn’t look too well. Flash forward to 2013: the marathon traffic is destroying this city. I think most of us stick close to home after work these days. It’s just not worth a two hour ride to one’s favourite restaurant, so we pick a place nearby, usually a mall, so we can get multiple tasks done. It’s a shame, for the malls have no authentic Jakarta character. I miss Kota Tua and Blok M.

You’re going back to the States for a while, after so many years here. Any final thoughts?
Well, it’s been a wild ride, better than Disneyland. Floods and riots. Endless buffets and super adventures. I have very few regrets about my time here. I’ve met some of the nicest people on earth, and a few mean ones too. To everyone, I say thanks for the memories, keep a stiff upper lip, and enjoy the sambal. Jakarta may not be a tourist’s paradise, but it’s still one of the few places on earth where you can be a cowboy, pirate, inventor, author or artist without anyone telling you that you can’t. Except for Imigrasi, of course!