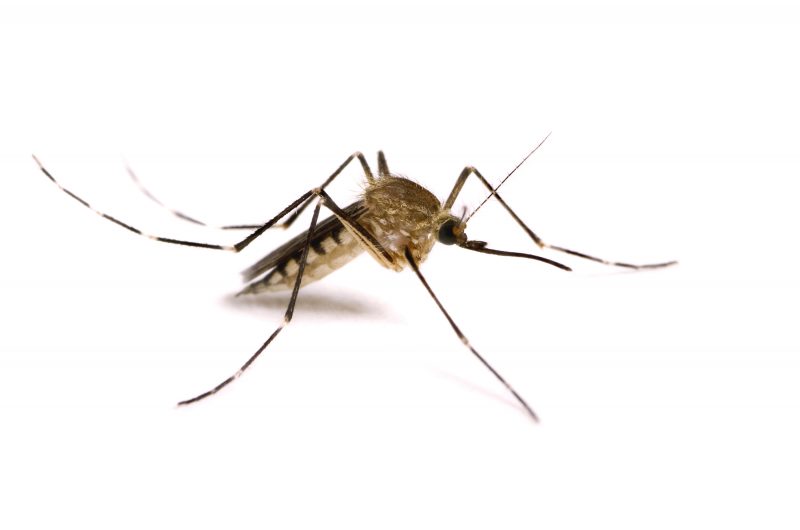 Zika causes only mild flu-like symptoms, but can lead to serious neurological disorders in unborn babies. Pregnant women in Indonesia should take precautions.

Earlier this month, Indonesia said it would ramp up preventive measures against the Zika virus after the World Health Organization (WHO) declared a global emergency over the spread of the disease. The nation’s Health Ministry also issued a travel warning for eight countries affected by Zika, and for more than 20 others where the virus was actively transmitting. Thailand was one of them. President Jokowi says Indonesia needs to increase vigilance at the border if the government hopes to keep Zika out of the archipelago.

The Zika virus grabbed headlines around the world in recent weeks. On February 1, the WHO announced that a recent cluster of neurological disorders and neonatal malformations in the Americas is likely linked to the presence of Zika in certain settings. Microcephaly, an abnormal smallness of the head, which is a congenital condition associated with incomplete brain development, was the key disorder referenced. Following the WHO’s announcement, scientists and the media went about mounting further evidence suggesting Zika is indeed the underlying factor that causes several other brain abnormalities in infants.

In Indonesia, there has been only one reported case of Zika so far. The virus was found in a man living in Sumatra, who went to the hospital after complaining about a number of symptoms, including a sudden high fever and headache.

“People normally have a mild fever, headache, joint pain, and a rash. Three out of four people infected with Zika don’t even show symptoms,” WHO spokesperson Christian Lindmeier tells Indonesia Expat from Geneva. “The Zika virus itself is actually mild, but it becomes an issue when a pregnant woman is infected, and evidence strongly suggests it causes development issues for the child.”

Lindmeier says Zika is transmitted by the same species of mosquito that commonly carries yellow fever (which attacks the liver and kidneys, and can be fatal), chikungunya (which causes fever and severe joint pain, and is rarely fatal), and more common in Indonesia, dengue (which causes a sudden fever, acute joint pains, and is sometimes fatal).

There is no evidence to suggest that Zika leads to dengue, but experts say it has the potential to be misdiagnosed as dengue, as the two viruses are indeed related, transmitted by the same mosquitoes in the Aedes genus, and induce similar symptoms.

By this rationale, pregnant women in Indonesia who believe they’ve contracted dengue during or around the time of pregnancy should also get themselves tested for Zika. It also means the number of Zika cases in Indonesia is likely higher than just the single currently known incident.

In 2015, nearly 72,000 cases of dengue were reported in Indonesia, of which there were 641 fatalities, according to data from the Health Ministry. The WHO says incidents of dengue have grown dramatically around the world in recent decades. The actual number of dengue cases is underreported and many are misclassified. There is no readily available data on how many microcephaly cases have been reported in Indonesia. However, health authorities in Brazil say there were more than 3,500 cases reported in that country last year, a staggering increase from the 147 cases the year before. Indonesia has the world’s second highest number of annual dengue cases after Brazil.

Scientists and interest groups are conducting experiments and test projects to mitigate the potential threat of Zika and dengue in the archipelago. In Yogyakarta, the Eliminate Dengue Program (EDP) is experimenting with a bacterium called Wolbachia. Director Scott O’Neill told Reuters that Wolbachia impedes the growth of dengue in mosquitoes, and EDP’s evidence shows it also impedes the growth of Zika.

The programme is now introducing Wolbachia into captive populations of mosquitoes with hopes of introducing the Zika-immune insects into the wild to breed with other mosquitoes. The idea is that future generations of mosquitoes in Indonesia may be unable to transmit dengue and Zika to humans. But the process would naturally take a great deal of time. Funded partially by the Bill and Melinda Gates Foundation, EDP is also operating in Vietnam. Lindmeier says other groups are running experiments that involve certain kinds of fish that eat Aedes larvae.

There are four distinct, but closely related, types of the virus that causes dengue. Recovery from infection by one provides lifelong immunity against that particular strain. However, cross-immunity to the other types after recovery is only partial and temporary.

Lindmeier says there is no clear solution to eradicating dengue or Zika in the immediate future. “Avoid being bitten by the mosquito and practice safe sex if you think you have or may contract the Zika virus,” he says. “Use fumigation to get rid of breeding places [of mosquitoes] and get rid of standing water sources.”

Pregnant women who have been exposed to Zika should be counselled and observed for birth outcomes. The Centers for Disease Control and Prevention in the United States say pregnant women in any trimester should consider postponing travel to the areas where Zika is transmitting.

The Indonesian government is advising locals to avoid going to Brazil, Cape Verde, Colombia, El Salvador, Honduras, Martinique, Panama, and Suriname. “Pregnant women mainly are advised not to travel to these countries. If travelling can’t be avoided, they should take strict preventive measures against mosquito bites,” said Health Minister Nila Moeloek in a statement earlier this month.

“There is increasing evidence that pregnant women in affected areas may be at increased risk of giving birth to microcephaly babies,” Lindmeier says plainly. “We will always see travellers bringing back mosquito-borne diseases to their home countries. It’s not unusual for travellers to bring them back, but then receive treatment. We should expect Zika to spread, and we really should not be too surprised when it shows up.”

He adds that research and development of medicine and a vaccine is on the way, but people in Indonesia should not bank on it as a quick win. “It could be months away. It’s not a solution for tomorrow,” Lindmeier says.

However, he adds that it’s possible some people in Asia may already be immune to Zika. The New York Times reports that after the first Zika case occurred in Uganda in 1947, blood tests have found Zika antibodies in people in India, Pakistan, Malaysia, Vietnam, the Philippines, Thailand, and Indonesia — evidence that they had been exposed to the virus. Lindmeier says, “We hope a good population in Asia would have an immunity already to Zika without even knowing it.”