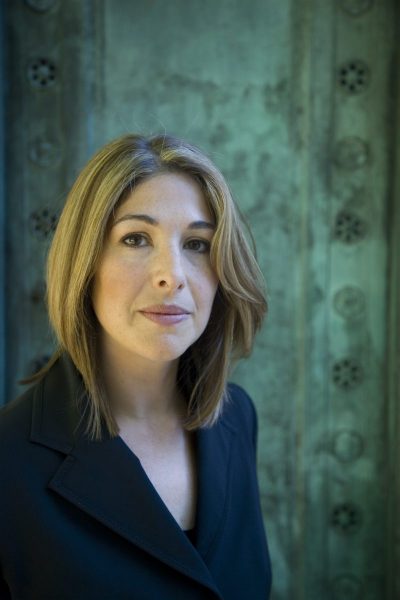 We are entitled to look back at 2014 with some pride. Recent achievements include democratic elections where the old political elite were told where to go; while the economic development during the past two or three decades is rather impressive and resulted in the rise of a middle class — accompanied by a mushrooming of shopping malls; eateries of excellent quality and dazzling variety; daily additions to the number of cars, mobile phones, tablets and pads.

Read Naomi Klein’s latest book This Changes Everything, Capitalism vs The Climate, and the pride turns into a chill.

She convincingly argues the case that climate change (i.e., increasing global temperatures caused by the emission of greenhouse gasses) is real, and that in spite of the fact that negotiations on the reduction of greenhouse gas emissions started in 1990, we now face the very real possibility that the initially targeted 2 degrees Centigrade increase in temperatures will be overshot by two to four degrees. Increased melting of Arctic ice sheets and glaciers can thus be expected, resulting in rising sea levels, more frequent and more severe flooding, and the eventual disappearance of several coastal areas and island nations, such as the North Java coast and the Maldives. And then there will be droughts, severe droughts—which will adversely affect agricultural production, especially in tropical areas—more frequent and more severe storms, hurricanes, typhoons and other natural disasters.

Klein analyses in great detail how we, mankind, managed to manoeuvre ourselves into that unenviable position and comes up with one word to encompass it all: capitalism.

As the title of the book indicates, “capitalism” is, in this context, set directly against “climate”. And the neo-liberal, market orientated system is praised for bringing extraordinary wealth and economic growth, but blamed for the damage this has inflicted on the environment. Rivers have been polluted by the uncontrolled dumping of waste, and the air by the emission of carbon dioxide and other greenhouse gasses. And even more against the grain, Klein argues that the parts of capitalism that are the main culprit are “free trade” and “the constant drive for endless economic growth.”

In Klein’s words, “There is no question that the trade architecture and the economic ideology embedded within it played a central role in sending emissions into hyperdrive.” Multinationals as a result scour the globe in search of the cheapest and most exploitable labour force. Led by the US, the journey passed through Mexico and Central America to South Korea, but by the end of the 1990s China had become the main destination— “a country where wages were extraordinarily low… and the state was willing to spend seemingly limitless funds on massive infrastructure projects… all to ensure that that the lights stayed on in the factories and the goods made it from the assembly lines onto the container ships on time. A free trader’s dream, in other words—and a climate nightmare.”

There are many who do not believe that this is so, while other deniers argue that the ‘system’ will come up with technical solutions to solve these climate problems. And a third group of deniers in wealthy countries argue that it is all the fault of China, India, and Brazil… “Why bother cutting our own [US] emissions when everyone knows that the fast developing economies are the real problem.”

But unfortunately carbon dioxide keeps piling up in the atmosphere and temperatures keep rising.

The only action that can mitigate this process and eventually save the Earth, would be a total overhaul of our economic system.

Transport, energy, agriculture, industrial production, forestry, land use, urban planning, and all other aspects of the economic system need to be changed to reduce emissions. Urban centres will need to be redesigned and made safe for walking and cycling; electric power from fossil fuels like coal, oil and gas need to be replaced with renewables (wind, solar, geo-thermal, hydro); industrial as well as agricultural production should as much as possible avoid long transport routes for its raw materials and final products; and everybody—producers, consumers, public administrators—should reduce their ecological footprint.

A wide range of creative, far-reaching and comprehensive government policies and strategies, such as “sweeping bans on polluting activities, deep subsidies for green alternatives, pricey penalties for violations, new taxes, new public works programs, reversal of privatization…” will therefore be needed to initiate, guide and steer this new economic system, as the free-market system do not provide the right indicators.

It should be clearly understood that this does not entail a return to clipper ships and horse-drawn carriages. No, it would suffice to live as we did in the 1970s. We can still enjoy all the nice things we are used to, but the production processes and the philosophies behind the production processes need to be changed, together with a switch over to clean energy and a reduced emission of transport-fumes. Start by walking, cycling and commuting by light rapid transport systems. 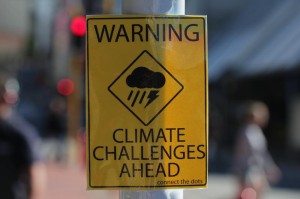 In Jakarta, as in many other capitals, most of this is not yet doable, but sooner rather than later a start will need to be made by improving the infrastructure and the mind-set to make it possible.

Corporate elites and lesser capitalists, that is, CEOs, CFOs, traders, shippers, miners, loggers and nearly everybody else who has a stake in our market-driven economy, will hardly be thrilled by this prospect. In fact, they are the main deniers, lobbying for a continuation, if not an acceleration, of the present-day production methods.

And apart from the heavy duty top-down interventions, the most important role in bringing the economy round on a different tack—and thereby saving the world—is reserved for the people. Described by Klein as “Blockadia”, a non-specific location where resistance flares up “with increasing frequency and intensity wherever extractive projects are attempting to dig and drill, whether for open-pit mines, or gas fracking, or tar sands oil pipelines.”

Blockadia is happening all over the world and basically represents a people-driven request for clean air, water and unpolluted land where present and future generations can live in peace.

In Klein’s words: “Put another way, only mass social movement can save us now. Because we know where the current system, left unchecked, is headed. … To arrive at that dystopia, all we need to do is keep barrelling down the road we are on. The only remaining variable is whether some counter­vailing power will emerge to block the road, and simultaneously clear some alternate pathways to destinations that are safer. If that happens, well, it changes everything.”