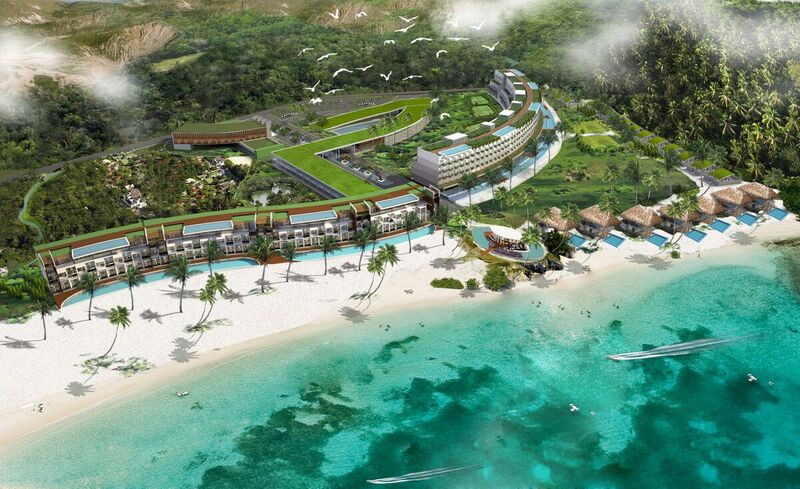 Bali may be Indonesia’s tourism superstar, but Lombok has already been gaining extreme popularity over the past few years – something that developers didn’t hesitate to take advantage of.

This island in West Nusa Tenggara has the fastest growing tourism market in the region and thanks to developments such as the new international airport, achieving its goal of 20 million tourists by 2019 doesn’t seem far-fetched.

However, Lombok might get a huge boost from the Mandalika Project.

Worth an astounding $3 billion, this project is considered the largest of its kind in Southeast Asia and construction will take place throughout 2017. Biz Events Asia says the Mandalika Resort will be built as a Special Economic Zone (KEK) to drive economic growth and develop the island into one of the national tourism icons.

It is the brainchild of Indonesia Tourism Development Corporation (ITDC), formerly known as Bali Tourism Development Corporation (BTDC). It is responsible for developing Bali’s Nusa Dua into a resort and meeting complex. The ambitious plan is to develop the area into sustainable tourism and Meetings, Incentives, Conferences and Events (MICE) destination. ITDC says it will be ready for completion by the end of 2018.

According to Invest Islands, the development of the mega Mandalika Resort in Kuta Bay, South Lombok will include the building of infrastructure complete with solar power plants, water treatment facilities and roads. It will offer 10,533 hotel rooms, 1,500 residential units, a theme park, eco park, water park, mangrove park plus a large marina, an industrial street circuit and golf course. This is predicted to become a major driver in increasing land values.

The site also notes that this will increase opportunities for Lombok investment. ITDC has a vision to “create a sophisticated tourist destination and therefore Mandalika would be home to several large hotels with popular brand names. This is sure to make Lombok a lucrative investment destination among investors from diverse backgrounds.”

They also point out that tourists will experience the perfect retreat amongst the natural beauty of Lombok and its availability of boutique resorts. Aside from their primary focus of developing 5-star and 4-star hotels, they will also develop 3-star hotels among other types to “expand the potential customer base to include those looking for more pocket-friendly Indonesia investment options.”

“We want to give visitors more options; we don’t want to simply recreate Bali,” says ITDC’s Head of Investment and Marketing, Ricky Baheramsjah as quoted by CEI Asia. “Mandalika is like Nusa Dua in 1975, so we see a lot of similarities. Although it’s largely Muslim, whereas Bali is Hindu, the scope of work is very similar. We have more than 40 years of experience managing and operating destinations and we’re hoping this experience will help facilitate the development and operation.”

With the Indonesian Ministry of Tourism’s goal to boost other business and leisure tourism destinations apart from Bali and Mandalika also being in the spotlight, CEI Asia quotes deputy minister for international tourism, I Gde Pitana, saying:

“Tourism is a major priority sector under the Jokowi (President Joko Widodo) government and we want to accelerate the development of destinations beyond Bali.”

He also adds: “We don’t want to leave Bali with the creation of ten new Balis, we want to help Bali with more sustainable development. Tourism is the best and fastest way to develop this country and we have a strong management plan and focus on infrastructure.”

Another article written by CEI Asia raises a million dollar question: “Should planners looking for an exciting new integrated resort with headline-grabbing facilities like a water park, theme park, equestrian park and a 3,000-hectare nature reserve consider Mandalika for major events as early as 2019?”

Without any hesitation, they say one shouldn’t. Accordingly, they’re “looking at the question from a historical perspective.” Problems have occurred in the past. According to NTB Capital’s Chris Berney, the Indonesian Government sold Mandalika to the Dubai Development Corporation for US$240 million in 2007. However, the Global Financial Crisis hit a year later and funding dwindled, so the Emirates had no choice but to sell Mandalika back to the Indonesians for half the price – a 50 percent discount.

By 2011, the opening of an international airport brought the project back to life.

“Construction delays are part-and-parcel of doing business in Indonesia; Lombok’s international airport is a copybook example,” the author writes.

“The opening was delayed by years because of problems with site security, theft of construction materials, land disputes and compensation claims from locals. When it finally opened, it still looked like a construction site.”

“I know there have been delays in the past, but ever since Jokowi took over, we can feel a real change and strong push towards tourism,” he shares to CEI Asia.

He continues on a positive note: “If you look at the team behind Mandalika – ITDC – they are very successful and professional. They have the experience, the expertise, connections, strong government support and the ability to attract good hotel partners. But the next big step will be bringing in people on international flights.”

Since Lombok International airport only currently has two foreign airlines – AirAsia and SilkAir – offering direct flights to the island, it might be a challenge to handle thousands of passengers all at once.

Foreseeing this concern, Lim says: “I don’t think they will get big groups in 2019. I predict smaller groups as big as 200 or 300 people will visit to start with. It will be a slow burn. But we’re very optimistic.”

A project of such a gigantic scale draws high expectations from the public especially tourists who cannot wait for the construction of luxurious hotels such as Club Med and Royal Tulip. Despite a few hiccups in the past, many are hopeful that this will drive the tourism boom in Lombok. Plus it’s a hot investment spot right now.

After all, its scenic views and ethereal charm are more than enough to captivate thousands or millions seeking for solitude in nature. We have yet to see how this project unfolds.

This story has been updated Thursday, July 27, to amend comments credited to Chris Berney at NTB Capital.