Tobacco was first cultivated in the Peruvian and Ecuadorian Andes, from where it spread north and south till it covered most of the Americas. After ‘discovery’ by Christopher Columbus, the plant’s addictive properties ensured that the rest of the world was fairly easily conquered, too.

The importance of Columbus among the multitude of navigators and explorers of the Age of Discovery (the two centuries from early 1400 to 1600 AD) is such that a summary of his background and achievements is warranted here. Born around 1450 in the Republic of Genoa, Italy, Columbus was an Italian explorer, navigator, and colonizer. In 1485 he presented his plan to open a westerly route to Asia (and requesting support for this undertaking) to the court of Portugal. After being rejected (in Portugal) he successively lobbied the burghers of Genoa and Venice, and Henry VII of England with the same request, but was refused by all. He then approached Ferdinand II of Aragon and Isabella I of Castile, who through their marriage had united many kingdoms in the Iberian Peninsula and were ruling together. Finally, after endless petitions and two years of negotiations, he succeeded in January 1492; Ferdinand II was going to support him.

According to historian Edmund Morgan, Columbus had read widely about astronomy, geography, and history, including the works of Claudius Ptolemy, the travels of Marco Polo and Sir John Mandeville, and Pliny‘s Natural History. He knew that the earth was spherical and was convinced that he would be able to reach the Indies by sailing west.

His voyages had an enormous impact on the development of the Western world and led to the first lasting European contact with the Americas. It also resulted in exploration, conquest and an exchange of goods and products that altered the lives, lifestyles and habits in both the Old and the New World. The latter region’s crops that were introduced in Europe included maize, potato, tomato, capsicum, peppers, cassava, pumpkins, rice, barley, oats, coffee, cocoa, sugar cane, citrus fruits, melons, Kentucky bluegrass and groundnuts, while subsequent waves of settlers brought wheat, radishes, chickpeas, melons, horses, cattle, pigs, sheep, goats, and chickens from Europe.

And tobacco was, of course, another product that travelled from the Americas to Europe.

From a patriarchal point of view, the poor chaps addicted to tobacco had obviously been seduced. Lads, listen up, whether it’s an apple or dried tobacco leaves, always first ask; why? 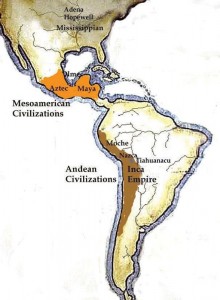 On his first voyage, Columbus was offered dried tobacco leaves as a gift from the indigenous population. He himself did not take to smoking, but two of his crew members, Rodrigo de Jerez and Luis de Torres, had developed a liking for it after seeing native Americans stuffing the dried leaves into a pipe and lighting it. Jerez continued the habit and introduced tobacco to his home town of Ayamonte.

The smoke reportedly frightened some of his neighbours, resulting in the Spanish Inquisition imprisoning him for his use of the ‘devil’s weed’, making Jerez the first victim of anti-tobacco laws and his neighbours the first passive smokers objecting to second-hand smoke. He spent seven years in prison only to be released when smoking had become an accepted activity in Spain.

The major reason for tobacco’s growing popularity in Europe was its supposed healing properties. Europeans believed that tobacco could cure almost anything, from bad breath to cancer. In 1571, a Spanish doctor, Nicolas Monardes, wrote a book claiming that tobacco could cure 36 health problems. During that period tobacco was so popular that it was frequently used as money.  However, several individuals started to realise that smoking tobacco had some dangerous effects. In 1610, Sir Francis Bacon, for instance, noted that trying to quit the habit was really hard.

And gradually more and more scientists began to understand the chemicals in tobacco, and the dangerous health effects of smoking. During the 1950s, evidence was surfacing that smoking was linked to lung cancer. The tobacco industry, however, denied such health hazards, and promoted new “safer” products such as those with lower tar and filtered cigarettes.

During the 1980s, smoking became politically incorrect, and smoking was banned not only in many public places in the US, but also on all domestic flights lasting less than two hours. This, you may recall, was the decade of President Ronald Reagan. But during his film and TV years he seemed to have had a rather different opinion about correctness, and with hindsight, will have regretted this advertisement.

In Indonesia tobacco was introduced by the Dutch around the middle of the 19th century. And now, 2014, smoking is still the growth industry it was five or six decades ago in Europe and the US, even though more and more offices and shopping malls are prohibiting smoking on their premises. Many restaurants, however, are lagging behind and at best have ineffectively partitioned no-smoking sections only. 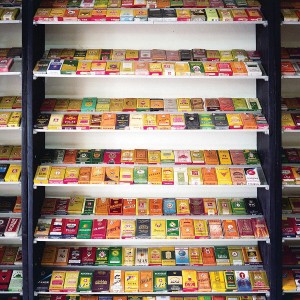 Indonesia has one of the world’s highest smoking rates. According to the Global Adult Tobacco Survey (GATS): Indonesia Report 2011, some 67% of adult men and 4.5% of adult women are actively smoking. For the men that is a 24% increase from 1995, and an almost trebling of the rate for women – in 1995 54% of men and 1.7% of women were addicted.

No wonder then that the National Social Economic Survey shows that poor households spend 19% of their income on staple foods and 11% on tobacco, but only 2% for education and 3% on health care.

And even more worrying is the steadily increasing smoking rate among child smokers (aged five – nine) which has multiplied by six times since 1995, to 426,000.

The government revenue from tobacco tax in 2011 was about US$7.6 billion, more than double the figure of 2005. Together with the millions of jobs in growing and processing tobacco, this clearly affects the government’s policy on tobacco and smoking, as actively restricting smoking would reduce its revenue and increase the number of under and unemployed.

As a consequence, Indonesia’s very powerful tobacco industry may conclude that the US$235 million spent on advertising in 2011 was well spent, and confidently look forward to a few more golden years, as a crackdown on the industry is highly unlikely.