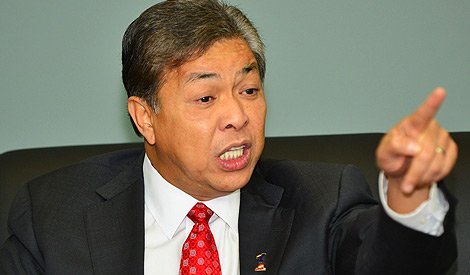 Malaysia’s opposition leader said Tuesday (Oct 23) that the recent quake-tsunami that killed thousands in neighbouring Indonesia was “punishment from Allah” for the activities of gay people, sparking a storm of criticism.

Ahmad Zahid Hamidi made the remarks in parliament as he warned about the growing influence of the gay community in Malaysia.

Ahmad Zahid is also president of the United Malays National Organisation (UMNO), which had ruled Malaysia for 60 years before being ousted in a shock general election defeat in May.

Ahmad Zahid’s comments are the latest sign of a backlash against homosexuals in Malaysia.

Ahmad Zahid, a former deputy former premier who is now facing jail after being arrested for corruption, said that “in Palu, where there was recently an earthquake and tsunami, it was said that there were more than 1,000 (people) were involved in such (LGBT) activities.

“As a result, the whole area was crushed. This is punishment from Allah.”

The 7.5-magnitude quake and subsequent tsunami smashed into the coastal city of Palu on Sulawesi island on Sep 28.

More than 2,000 bodies have since been recovered and there are fears that 5,000 more could be buried beneath the ruins in several hit-hard neighbourhoods.

Travellers Now Advised to Stay Away from Certain Beach Areas