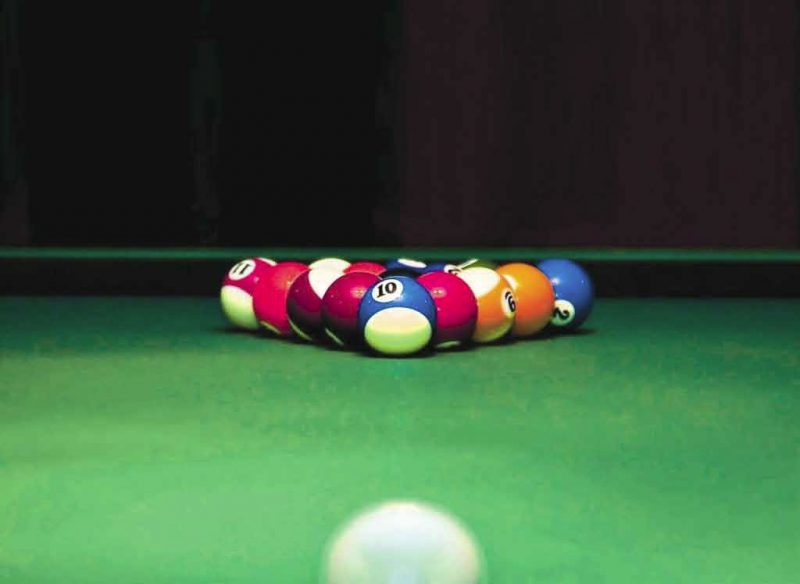 There is no denying that at least when it comes to Jakarta, I am in a minority. People here seem to love the game and take it as seriously as others take trainspotting and collecting airline sick bags. The expat scene is no different. I remember parading my non skills at a bar notorious for its serious attitude to the game and oh boy, the looks I got from the local hustlers! I felt like I was standing on the Kop at Liverpool wearing a Manchester United shirt.

So, if ever any town was ripe for a pool league it was Jakarta. It’s an opportunity for the local enthusiasts to meet and prove their mettle across the city against like-minded souls in a social, convivial atmosphere possibly fuelled by the intake of the golden nectar.

Discussions began for the league back in 2002 and now, more than a decade later, Wednesday night pool is an essential part of the expat social scene for a large number of people. Sixteen teams compete in two divisions; the Expat league and the International Women’s league.

Ten bars have entered for 2014 with a few entering more than one team and the current season, which began back in February, is approaching the business end of the campaign and at the top of the table, things are getting serious.

After the games played on 23 April, this how the Expat league looks:

As you can see, things are very exciting at the top with perhaps the top seven teams all with a chance of securing the top spot by the end of the season.

Purely for research purposes you understand, I dragged myself down to Cazbar for their game with Murphy’s Killers. I knew the Knights had been struggling this season; I had read the regular comments of woe in the BuGils Bi-Weekly newsletter so I was keen to see if they could earn their first win of the season against Murphy’s Killers.

Downstairs, the bar was quiet. But upstairs, where the pool table was, things were a different matter. The atmosphere was almost football-like. Both teams, and their hangers-on and drinking partners, were gathered in separate areas and, let’s be honest, they were noisy drunken rabbles!

As players from the respective teams stood at the table, chalking their cues and looking earnest, they were cheered on by their own support with a mixture of “woah”, “come on” and “yay”, which look a lot tamer in print than they do when bellowed in a smoke-filled bar.

It was proving to be a tight game with players trading games in equal measure. The first was a tie, but Murphy’s took the lead in the second match up. Knights responded by winning the third game leaving the score evenly poised at 1-1 halfway through. Knights’ skipper, Foppe Kok, took the lead in his first game but was pegged back to another draw and the next game followed the same pattern.

The final game saw the away team, roared on by their inebriated followers, take the lead, but it did not last. Knights levelled in the final game and the game ended in a tie. Both sets of players celebrated like they had won the World Cup and it took me a few minutes to work out who had actually won!

In reporter mode, I approached the home side’s captain, Foppe. “We didn’t win but it was a good result,” he slurred. “What was good about tonight was it was a good laugh. We don’t take ourselves too seriously and neither do they,” indicating the opponents.

In the ladies’ game, the Killers defeated the Knights 2-0 but as Foppe said, who cares anyway. It was the middle of the week and it was a good night out. The Cazbar Knights remain winless after 10 games but this draw saw them move above Cowboy Outlaws into 15th place.

For the serious players, they have their own event to look forward to. On 10th May, Jakarta’s After Hour, a pool hall/bar in Sarinah Building on Jalan Thamrin that sells its beer in frosted glasses, hosts the Asian Expat Challenges featuring teams from Indonesia, Thailand, Singapore, China and Vietnam. In fact, such is the interest in the event the games are being beamed back live to bars in the cities being represented.

If you are interested in knowing more about the Jakarta Expat Pool League check out their website for upcoming fixtures and events. http://www.jakartapoolleague.com/

For fuller information about the Asia Expat Pool Challenge their website is http://asiaexpatpool.com/