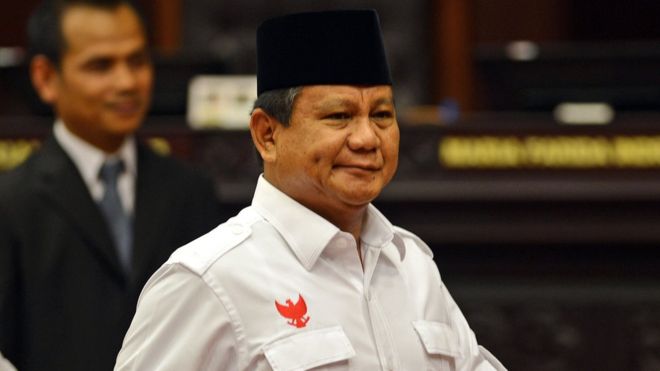 Prabowo also claimed that some of Jokowi’s supporters have accused him of supporting the establishment of a caliphate in Indonesia, and banishing the state ideology of Pancasila. Prabowo claimed that the accusations did not make any sense, as his mother was a Christian, and he has never supported extremism. He reinforced his point by saying that altering the Pancasila had never even crossed his mind.

“I am sure Pak Jokowi is a Pancasilaist, patriot, and nationalist. But, I wonder if you realise that some of your supporters have accused me of supporting the creation of a caliphate?” Prabowo asked of the incumbent candidate Joko Widodo during an ideology-themed session. The former Army General further stated that he has been defending the country, and risking his life for Indonesia, as well as the nation’s underpinning principles of Pancasila. Conservative Muslims and radical organisations, including the now-defunct Hizbut Tahrir Indonesia (HTI), are known to support Prabowo, have suggested the policy that would turn Indonesia into an Islam-based state.

In response, Jokowi stated he believed Prabowo to be a loyal statesman. However, he maintained that such rumours and false accusations have also been flung at him. “When it comes to false accusations, I’ve also been accused of many things in these past four-and-a-half years, including that I am a communist. This is normal. I’ve never responded to them,” Jokowi said.