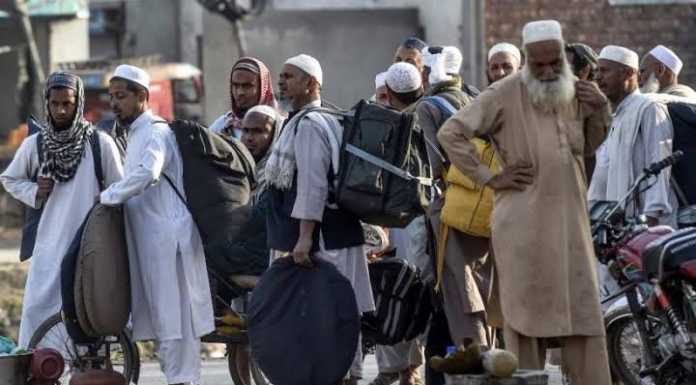 According to data submitted by the Chairman of RT 024/RW 001 Suparjiono, there are approximately 190 people being forced to stay at Masjid Al Muttaqien, Sunter Agung, in North Jakarta.

Suparjiono explained that the congregation in the mosque comes from various countries such as India, Bangladesh, Pakistan, Qatar, and so on who came to Indonesia in order to preach from mosque to mosque.

The group has been staying in Masjid Al Muttaqien for a few days after their Da’wah programme was interrupted by the coronavirus outbreak in Indonesia.

“Their Tabliq programme is a roadshow from mosque to mosque, carried out in one city or other cities too. Ever since the coronavirus, there are certain places that do not allow them to preach again. So like it or not, they had to return to Masjid Al Muttaqien,” said Suparjiono.

He said that the congregation originally totalled 266 people. A total of 24 pilgrims were sent to the COVID-19 emergency hospital at Wisma Athletes Kemayoran in North Jakarta after testing positive with a rapid test. The remaining 190 worshippers are still living in the mosque.

Suparjiono pointed out that the congregation are stuck because they can’t return to their home countries. Their story is similar to congregations of Indonesian citizens who are preaching in a number of Asian countries.

“They want to go home but they’re constrained with flight tickets. Yesterday, a plane supposedly heading to Pakistan was unavailable although they had their tickets ready. So they’re back here again,” he added.

Currently, RT 024 is isolating the mosque so that there are no residents around or foreigners who can get from the mosque’s immediate vicinity. Meanwhile, the basic needs of these worshippers are being dealt with online without having to interact directly with vendors.