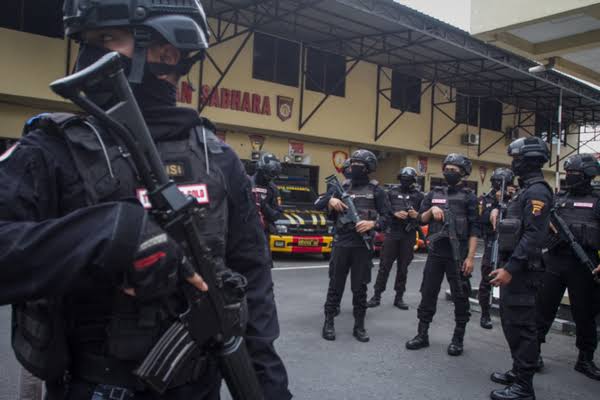 The Republic of Indonesia National Police (Polri) has formed a special task force to deal with crime and thuggery that has begun to flourish during the national emergency related to the coronavirus pandemic.

The National Police has recorded increased crime rates during the implementation of the PSBB (large-scale social restrictions) in a number of regions. For example, in DKI Jakarta, an increase of 11.8 per cent has been noted in recorded crimes, with the biggest uptick being in muggings and violent street theft.

Furthermore, the recent release of 38,822 prisoners and foster children through assimilation and integration programmes is believed to have also caused problems. Police have said at least 28 inmates that have been released have gone on to commit crimes.

Argo said the police would strictly implement the law against any perpetrators of crimes who acted criminally during the pandemic and the implementation of large-scale social restrictions in a number of areas.

The Head of the Police Public Information Bureau (Karopenmas), Brigadier General Argo Yuwono, explained that the begal;  roughly translate to robbers on street (usually on a motorbike), armed with bladed weapons or guns, task forces were spread out in each regional police unit (Polda). According to him, in Article 363 of the Criminal Code, it explains that the perpetrators of crimes during a disaster can be given a weighting on their criminal sentences.